I write as an outsider. I was not a best friend. I was not a daughter or spouse or sister. Just an observer. A neighbor. A watcher.

This is just a watcher’s writing. But one day, terrifyingly, the majority of the accounts of our lives will be from watchers. The outsiders who gathered a potpourri of impressions about us that we did not control or know were being collected. The bulk of my legacy will one day be written largely by a collection of observations of mysterious sources. I cannot know how graciously, how often, and by whom. The sampling will be random, independent, and, most of all, telling.

My limited observations of the last eight years of Janet’s life have left me struggling with the blank page and the sea of emotions and the pain of wanting to help her nearest and dearest as their pain must pale mine. If you have noticed what people keep saying about Janet you may have noticed that they talk in lists. There are run-on sentences and commas and everyday, faded words that the tellers want a better word for because she just can’t be captured in the typical way you may use “mom” or “missionary” or “wife” or “woman.”

As I have thought about her as I have missed her, I have realized that the thing about Janet is that somehow, in her abbreviated life, she seemed to have bought in to all the right things. All the good, the true, the lasting things. That, more than any other description I have thought of so far, gets at why I was attracted to her. Why I am so sad, and so sad for her family, that two weeks ago she celebrated her last birthday. Janet bought in to the good and true fully and faithfully, with a groundedness and peace that suggests she was much older than she was. I know we all have different callings and gifts but fundamentally, she bought in to things that in my most present moments before the throne and before my self, I want to too.

She wasn’t on the fence about the nature of God, the impact of prayer, and the activity of God’s voice. She also wasn’t so mystical and spiritual that she lost touch with this blessed grimy earth and things like when to just watch a stupid tv show or worry about your cat or declare that the gazpacho was a bad idea. She found and reported the beauty and joy of a good sermon, a baptism, and a supernatural healing as well as the beauty and joy of a new adventure in the city, a beach day, and a new elaborate recipe. These worlds did not conflict in her person that I could tell; she demonstrated their joints—the sanctifying and befriending effect that the one world had on the other.

Janet didn’t buy in to the perfect home, dressy children, designer style, crafty goddess THING that I dabble in. She didn’t keep imperfection from hushing her invitation and she didn’t keep her love of family and home from going out into the neighborhood. She and Tim maintained a door between their home and their neighborhood but it is a thin door. A sweet, gracious, swings-both-ways thin door that has been a true grace to so many of us. It allows us to be watchers.

She didn’t buy in to the spiritual maturity bequeaths social aloofness and authority THING that tempts the best of disciples. She didn’t seem to have a drop of pretense. She gracefully and effortlessly adopted the innocent questions and wonder of the neighbor kids about a Bible story that she had taught a hundred times before and read herself a gazillion more. She just didn’t have all the answers. Janet was very generous, not only with resources, but with the things that I sometimes find are hardest to give—the laughs, the minutes spent in a place you feel awkward in, the record of wrongs that cannot move unless it is just dropped.

Janet didn’t buy in to the martyr role we justify for moms, missionaries, and wives. She embraced the cities she lived in, she loved, supported and advised her husband, and she did not seem to think much of all she did for her family. She loved them so much, so well, and so individually. She wouldn’t be the one to talk about all she did with her kids; she just did it. And she probably invited other kids too. Her husband praises her and respected her; her children have truly risen up and called her blessed. She was the woman to whom you would ask your marriage, ministry and child-rearing questions and, because she was bought in to just being married and being there for her kids while being a servant disciple, find she was surprised you were asking her and you would leave with scant advice. So you would just watch, realizing she was a living book, when all you usually have time for is a shared blog entry written by someone about 7 minutes ahead of you in life.

I am grateful to have been a watcher of Janet’s life the past 8 years.

Pondering the significance of her effect on me and beginning to feel the absence of her presence have led me to wonder, “What am I buying in to and is it what I mean to buy in to?” I wonder if it is a legacy that has bearing and weight and substance in any sort of trajectory like Janet’s.

What do my day, my thoughts, my worries, my free time say about what I have bought in to?

This watcher, with tear-filled eyes and weighted heart, continues to be inspired by the legacy of a woman who bought in wisely. Though she departed early, our observations of her investments—of an unforgettable legacy—will last us for many years to come. Thank you, Janet, that even now, your life is giving. Thank you for the gift of watching a life that was bought in so well. 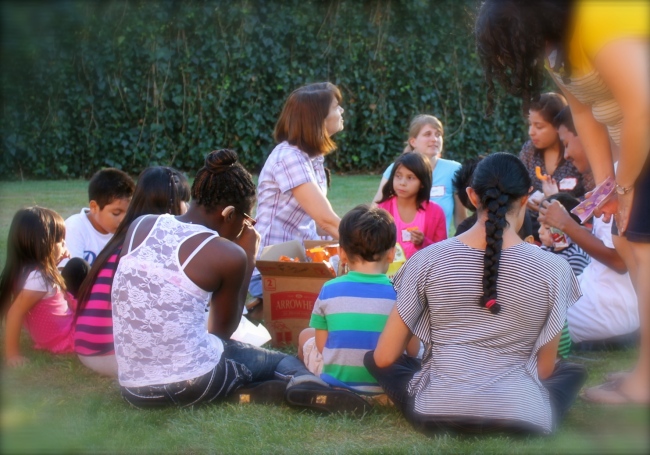 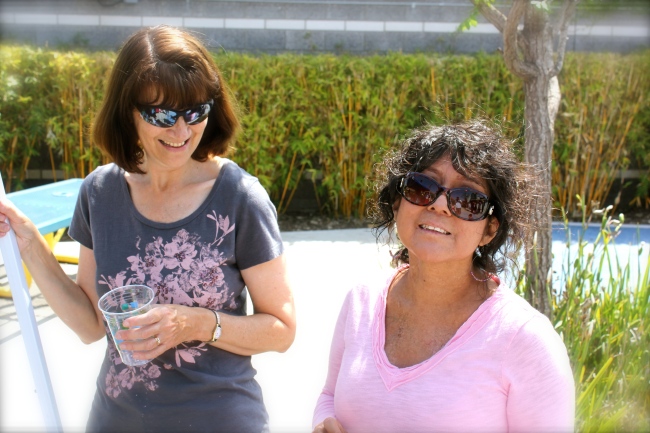 Janet with our friend Lily, who also lived well and who preceded Janet to heaven a few months ago. Pray for their husbands, each set of their four kids and the community that misses each of them fully.

It’s good work to balance the effort it takes to maintain relationships with forgiveness and curiosity and also practice boundaries of wisdom and safety. This is an ever evolving dance given our relationships with self, family, friends and social media and the zeitgeist that molds us all. It’s been a particularly fraught time. My time with people and in different countries and communities have helped me believe that for the most part, people do the best they can with what they have at that time. And I can make choices based on their current capacity as well as my own without judgment and shame.
Depending on your seat you get a radically different point of view. It sounds different. There are different lights on. The closest kiosks are sharing different things. The likelihood to get a prize changes. The vibration in your feet varies. The wind changes.
I highly recommend this young adult graphic novel to those encouraging young readers. My middle son recommended it to me and I’m so glad his amazing teacher gave it to him for a 5th grade graduation present. Set in Kenya, based on the true story of one of the authors, it recounts the challenges, joys and predicaments of a young Somalian Muslim refugee and his brother who has epilepsy. Themes of justice, gender inequality, hope and community emerge in this beautiful story. Thank you #omarmohamed and #victoriajamieson.
🧠💙Who’s read this? Enjoying this book slowly while on Covid isolation when I have moments of energy to digest information. So much to process on the micro and macro levels, from my own adoptee experience to that of my siblings to my children’s stressors to those on my street to the larger systemic mileau of collective trauma and disregulation in our broken times. Trauma talk can easily be too much Instagram and not enough Knowledge. I’m finding this book to be very accessible and I love me some diagrams mixed with stories. I’d recommend reading this before #theboywhowasraisedasadog by #drbruceperry. That book forever changed me and this one is helping too. I’d love to hear your thoughts.
"'What is the work we are asked to do in the night world?...By keeping our vulnerability and mortality close, we learn to meet each moment with presence, even as we know it is passing away. We are invited into a conversation with death in which we are asked to look directly at the ways we are living.' Weller in The Wild Edge of Sorrow
I hope